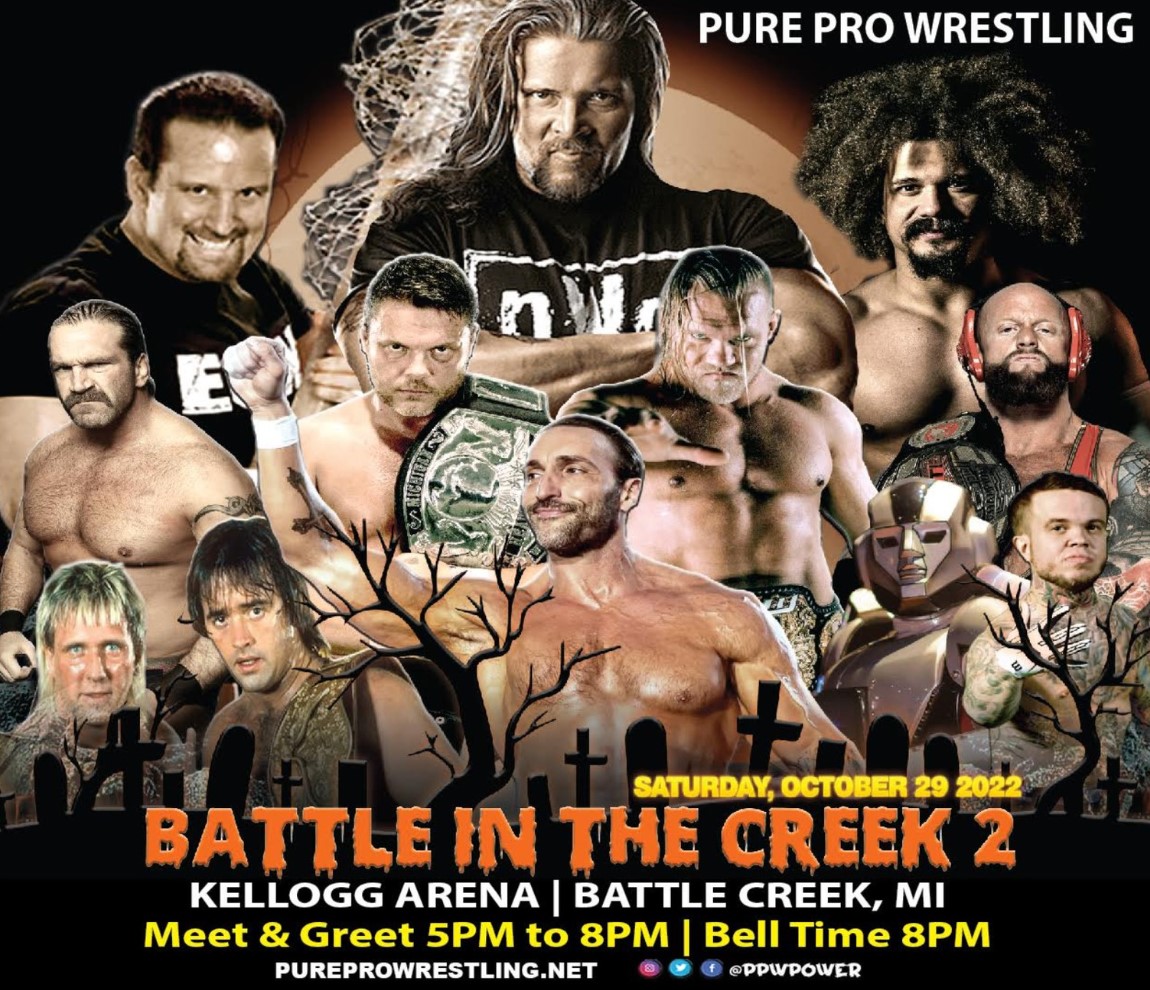 Battle in the Creek 2! Halloween Mayhem

*Nash Ticket Does NOT include admission to the event and is only available to event ticket purchasers.

PURE PRO WRESTLING: PRO WRESTLING AT ITS FINEST
Pure Pro Wrestling (PPW) is Michigan’s largest and only touring brand of pro wrestling featuring family friendly entertainment at an affordable price. PPW’s live events are full of action, drama, comedy, and suspense. Our athletes are a mix of international superstars alongside some of the top independent pro wrestlers in the world. There’s nothing like seeing PPW Live!